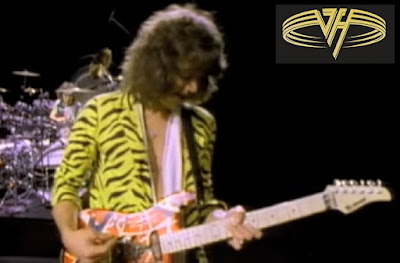 Innovative, like his hero Les Paul, Eddie reimagined the sonic possibilities of the guitar and became an inspiration for an entire generation of musicians who worshiped his sound and style.

His band Van Halen kicked the American hard rock scene into high gear in the late Seventies, became rock heroes on MTV in the Eighties, and gave rise to a steady stream of shredders and trailblazers ever since.

Rock In Peace Eddie. Thanks for being an important part of the soundtrack of my youth.