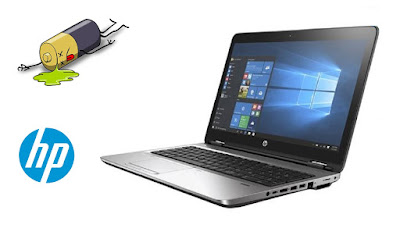 Microsoft has teamed up with HP to work on a fix for a problem affecting various HP Business Notebooks. The flaw not only causes a reduction in performance and battery life, but can also lead to swollen batteries.

The problem lies with the HP Battery Health Manager, and the update from Microsoft and HP is rolling out to enable a new charging algorithm to help alleviate the issue.

KB4583263 is an optional update that can be optioned via Windows Update, Microsoft Update or the Microsoft Update Catalog. HP points out that the update will only be visible to systems that need it, saying: " Windows update KB4583263 only impacts those systems that already have HP Battery Health Manager in the BIOS. KB4583263 will not update your BIOS".