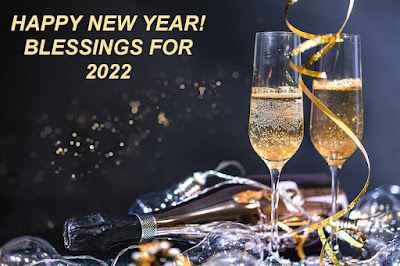 Lord, You make all things new
You bring hope alive in our hearts
And cause our Spirits to be born again
Thank you for this new year
For all the potential it holds.
Come and kindle in us
A mighty flame
So that in our time, many will see the wonders of God
And live forever to praise Your glorious name
Amen.

May your year be filled with peace, prosperity and love. May God's blessings shower upon you and bestow upon each of you a bright, healthy and peaceful new year. 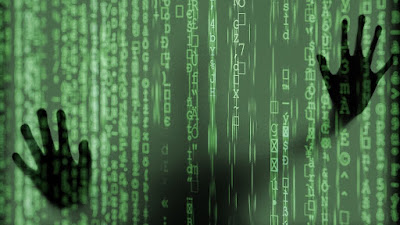 A lot of stuff has happened in the past year, especially in the tech world. It seemed like every time you turned your head in 2021 there was a new digital disaster unfolding: Sensitive data was leaked, ransoms took networks offline and plain old fashion gender discrimination cases have all rocked the tech world in the past 12 months.

Sure, there's been good stuff, but it was far easier to come up with this one than the former. Basically, it's been a rough year.

You may have missed some of these items, but it's more likely you've heard about each one. They were hard to miss, even among the other stories that kept us on edge this past year. 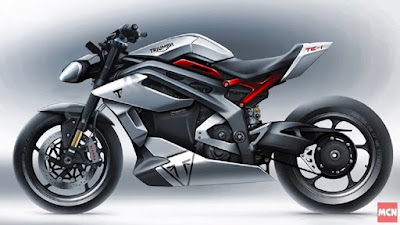 Triumph have revealed key details of their TE-1 electric bike project, which not only looks amazing but also boasts tech and performance figures that could tempt even the most die-hard petrolhead.

Working with an array of British companies, including Williams Advanced Engineering, Integral Powertrain and Warwick Manufacturing Group (WMG) at the University of Warwick, and funded by the Office for Zero Emission Vehicles, Triumph have created a prototype that has the power to challenge what we think about electric bikes. Before we get to the details though, let’s look at the headline figures.

In finished trim Triumph say the TE-1 will weigh a hair over 220kg, will produce 174bhp and will travel around 120 miles before you need to plug it in.

In short, it’s a portly Speed Triple but we’ve not even told you the really positive news yet: The TE-1 will be capable of a 0-80% charge in just 20 minutes. If you’d limped into a charging station when you started reading this, the bike would already have added five miles to its range. 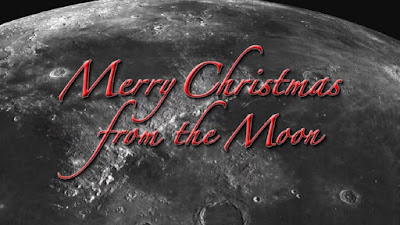 On December 24, 1968 three American astronauts orbited the moon for the first time. During their tenth and final orbit they broadcast an unforgettable message to the largest television audience in history. Frank Borman, James Lovell and William Anders—the crew of Apollo 8—read the opening verses of Genesis chapter 1. It was the perfect Christmas card.
"And from the crew of Apollo 8, we close with good night, good luck, a Merry Christmas and God bless all of you - all of you on the good Earth."
www.thejohn1010project.com
Posted by Don Tocher at 12/24/2021 11:37:00 pm No comments: 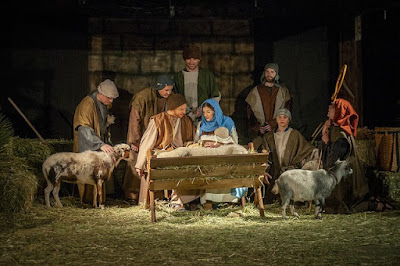 Today in the town of David a Saviour has been born to you; he is the Messiah, the Lord. This will be a sign to you: You will find a baby wrapped in cloths and lying in a manger.” Suddenly a great company of the heavenly host appeared with the angel, praising God and saying, “Glory to God in the highest heaven, and on earth peace to those on whom his favour rests.”

Read all of Luke 2 at Bible Gateway

Wishing you and your loved ones health, peace, happiness and prosperity;
over this Christmas, the New Year and throughout 2022.

Glory to God in the highest heaven, and on earth peace to those on whom his favor rests 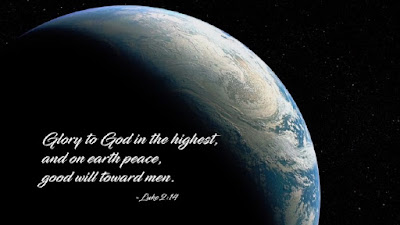 Celebrate Christmas with a breathtaking tour of Earth from the perspective of the International Space Station.

Photographed at night more than 200 miles above the surface of our planet, this unforgettable video is a unique call to worship and rejoice in the greatest gift the world has ever received: Jesus Christ, the Saviour and King of all creation.

The Revolution in the stable - God became man 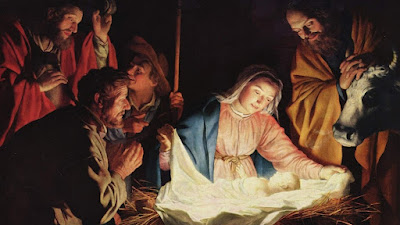 The incarnation, celebrated by Christians at Christmas, was described by CS Lewis as not only the central thing about Christianity, but, if true, “the central event in the history of the Earth - the very thing that the whole story has been about”. It is perhaps for this reason that one hears so little about it, even at Christmas. It is far easier to talk platitudes about a “season of goodwill” than think about something which, if it is worth talking about at all, must redefine our entire understanding of reality.

But our moment in history, as we end 2021, demands that we must think about it. Many of the social malaises currently afflicting us arise from abandoning the Christianity which provided the structural timbers of Western culture, central to which is the Incarnation. If the timbers of the house are allowed to rot, it is only a matter of time before the roof falls in. 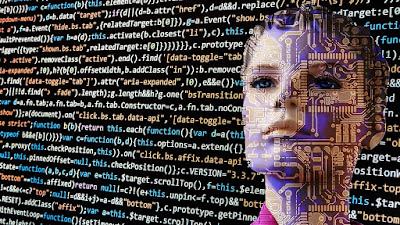 Security researchers at Google’s Project Zero have picked apart one of the most notorious in-the-wild iPhone exploits and found a never-before-seen hacking roadmap that included a PDF file pretending to be a GIF image with a custom-coded virtual CPU built out of boolean pixel operations.

If that makes you scratch your head, that was exactly the reaction from Google’s premier security research team after disassembling the so-called FORCEDENTRY iMessage zero-click exploit used to plant NSO Group’s Pegasus surveillance tool on iPhones.

“We assess this to be one of the most technically sophisticated exploits we've ever seen,” Google’s Ian Beer and Samuel Groß wrote in a technical deep-dive into the remote code execution exploit that was captured during an in-the-wild attack on an activist in Saudi Arabia.

Need to buy some quality drinks for Christmas? Look no further than Virgin Wines! 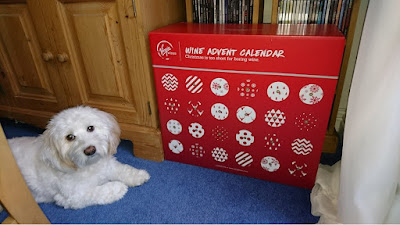 With Christmas Day only 2 weeks away, you can rely on the good folks at Virgin Wines to help you stock up on great drinks - ready for the festive period!

Virgin Wines are the guys who scour the planet to find unique, boutique, hand-made wines and bring them direct to your door. Using over 1 million unedited customer ratings, we work closely with our independent winemaking friends to bring you more of what you love and less of what you don’t - time and time again. And if you don’t like a wine, we’ll give you your money back. Simple as that.

Get started now by simply clicking here to find your exclusive welcome offer for just £6.99 a bottle including a sumptuous saving. Cheers!

There was no bike show in 2020 - aaagh! So here in 2021 - we were really pleased that Motorcycle Live is back in the calendar! 3 of us (Jeff, Mike & me) drove (cheers Jeff!) up to Brum on Sunday & spent the evening at a reasonably comfortable Premier Inn. Din dins was at TGIF.

On (a cold & rainy) Monday morning, after a stop off at McDonald's for breakfast, we set off for the NEC. Car parking was a nightmare - as several of their car parks were blocked off!

The MCL bike show was smaller than usual - COVID I suppose... Some missing exhibitors, some reduced size stands. That said, we were really glad to go up! COVID security was well thought out - which was good.

My favourite was the Norton stand, great to see them back (no thanks to Stuart Garner, but HUGE thanks to TVS). Honestly, look at the V4CR - what a thing of beauty! No price yet, but with all that CNC & carbon - it's not gonna be cheap...

Wonderful to see BSA are back too - well done to Mahindra for investing in this classic marque! 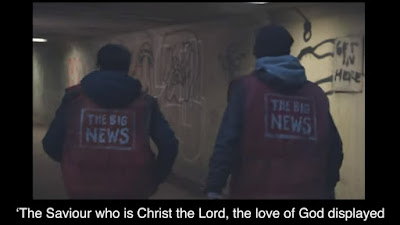 Two weeks ago we launched part one of this year’s two part ‘Spoken Truth’ Christmas film. It was the shepherds take on the nativity story, but with a 21st century twist.

In Part 1 you heard the ‘Shepherds’ tell their story in the form of a spoken word, now for Part 2 – a song, capturing how people must’ve felt hearing this good news for the first time.

Deloitte: another chip shortage is coming - only a matter of time 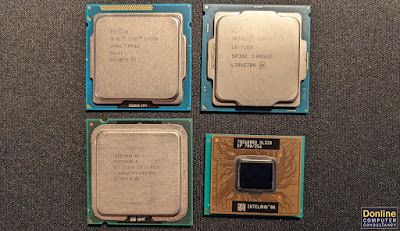 Deloitte has published a set of five recommendations for the semiconductor industry designed to help it better weather a future chip shortage that it has described as not a possibility, but an eventuality.

By the time our current semiconductor shortage ends, Deloitte said, it will have lasted more than 24 months and will likely have had a global cumulative revenue impact of more than $500 billion USD. Anyone shopping for holiday gifts in 2021 knows how dire things have become: Countless products are unavailable and wait times don't seem to be shrinking.

Help feed the 5000 this Christmas - with Child of Hope, Uganda 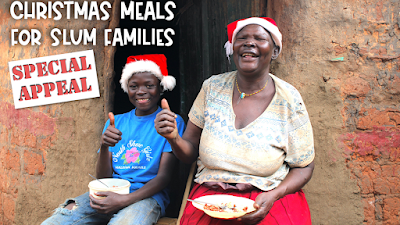 After another year of Covid-19 lockdowns and food shortages in Namatala slum, please could you help Child of Hope Uganda give slum families a special Christmas treat?

When we did this last year, children and their families ate well on Christmas Day and Boxing Day – and they still talk about it. Since then, children have been stuck at home for the entire year; it would be fantastic to bless them all again with Christmas food.

We’ve been supporting hundreds of families throughout Covid-19 lockdowns and curfews, which have seriously reduced food availability and inflated prices. We’ve helped the entire families of our pupils, plus other desperately needy families. That’s tons and tons of maize flour, beans, salt and soap.

This year’s Christmas meal will again be rice, meat and vegetables for each family to cook at home. To feed around 5,000 people it will cost £5,000 – that’s just £1 per person.

We know times are tough for many people at the moment, but if you would like to contribute, please click the donate button below which takes you to our JustGiving page – or you can donate via our website by Paypal, cheque or online banking.

Computers never lie? Telematics tells driver he had an accident - 27 years before he was born! 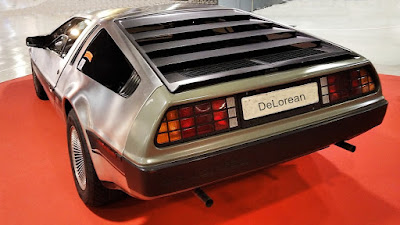 A young driver with a telematics box in his car was amused when asked if he was in an accident 27 years before he was born.

Telematics car insurance works by tracking your journey with a special "black box" or your smartphone. It then calculates an insurance premium based on your driving style. Many young drivers choose telematics insurance because they would otherwise be charged high premiums.

One driver, Aaron Horlock, fitted his car with a telematics box to save money on his motor insurance policy. The box was sent by Freedom Brokers insurance company and generally worked as expected.

But one day Horlock, a London-based musician, was surprised to see a notice from the company asking if he was in an accident.

Knowing that he had no crashes, Horlock opened the accompanying telematics app to investigate. The mystery deepened when the app thought he was involved in an accident in 1970 – 27 years before he was born.

It also took place around 37 years before his Volkswagen Fox even rolled off the assembly line.

But the alleged crash defied the laws of both physics and time: as the app thought the accident occurred at sea several hundred miles off the coast of Nigeria.

Horlock saw the funny side and told the company that no such accident had happened.