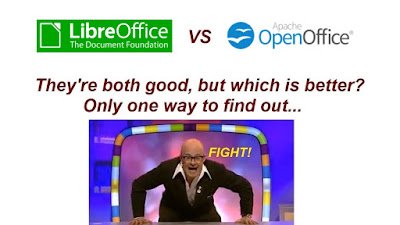 To mark the 20th anniversary of Apache OpenOffice, the project's main rival, LibreOffice, published a letter asking OpenOffice to tell its users to switch.

Many people, the letter says, are unaware of LibreOffice because the OpenOffice brand is still so strong, despite the lack of significant updates over the past six years. To remedy the situation, LibreOffice is asking its competitor for an endorsement.

"Make them aware that there’s a much more modern, up-to-date, professionally supported suite, based on OpenOffice, with many extra features that people need," says the letter, penned by the board of The Document Foundation (TDF), steward of LibreOffice. "We appeal to Apache OpenOffice to do the right thing."...