Watch the Lockheed Martin F-22 Raptor - as you've never seen it before! Set to full screen & prepare to be mesmerised! 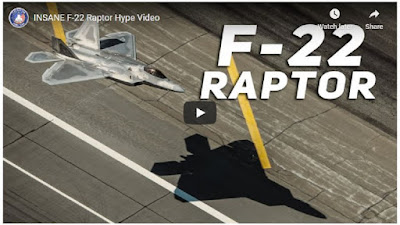 Here is an EXCLUSIVE production showcasing the United States Air Force F-22 Raptor like you’ve never seen before. Get ready to strap in for the ride of a lifetime.

The team is stationed at Joint Base Langley-Eustis in Hampton, Virginia. In March 2007, the team participated in its debut air show at Tyndall Air Force Base. Since then, the team has performed more than 250 demonstrations across the world.