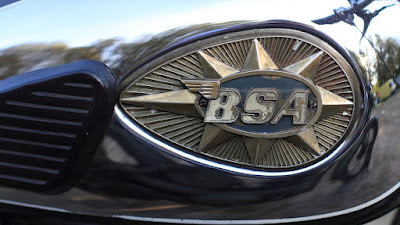 BSA looks set to make a comeback thanks to Mahindra owner who is reviving the brand and planning to begin building bikes in the UK next year!

Chairman of the Mahindra Group, Anand Mahindra is reported to be the main backer of the project and is planning to build a range of electric bikes in the UK. Production is set to begin in the middle of 2021 and the location of the plant is being rumoured to be near to the original Small Heath site in Birmingham. There are plans afoot to begin building a research facility located in Banbury to develop the electric bikes which should be ready within the year.

The move to revive the brand has got the seal of approval from the UK government, who have provided BSA with a £4.6m grant to help put the wheels in motion. The money was provided to assist with the development and construction of the bikes, something that is hoped to bring with it at least 255 jobs.

Speaking to the Guardian, Mr Mahindra said: “The UK was the leader in bikes right from the start, provenance is something that we really want to retain.”

While the firm is going to start off building some electric machines, Mahindra plans for the company to also begin building traditional petrol power bikes in the near future also. While specifics around any of the models are as yet unknown, the Guardian reports that the machines will be priced between £5,000 and £10,000.