Warren Buffett and Charlie Munger - on why bitcoin sucks 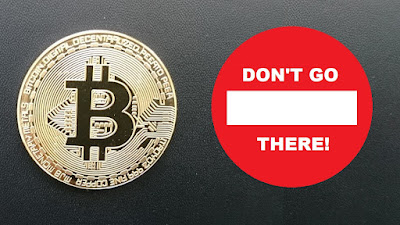 "Whether it goes up or down in the next year, or five or 10 years, I don't know. But the one thing I'm pretty sure of is that it doesn't produce anything," Buffett said.... "If you said... for a 1% interest in all the farmland in the United States, pay our group $25 billion, I'll write you a check this afternoon," Buffett said. "[For] $25 billion I now own 1% of the farmland... Now if you told me you own all of the bitcoin in the world and you offered it to me for $25 I wouldn't take it because what would I do with it? I'd have to sell it back to you one way or another. It isn't going to do anything... The farms are going to produce food...."

"Assets, to have value, have to deliver something to somebody. And there's only one currency that's accepted. You can come up with all kinds of things — we can put up Berkshire coins... but in the end, this is money," he said, holding up a $20 bill. "And there's no reason in the world why the United States government... is going to let Berkshire money replace theirs."

Later Saturday Berkshire Hathaway's vice chairman Charlie Munger had an even harsher appraisal of bitcoin. "In my life, I try and avoid things that are stupid and evil and make me look bad in comparison to somebody else — and bitcoin does all three," Munger said.

"In the first place, it's stupid because it's still likely to go to zero. It's evil because it undermines the Federal Reserve System... and third, it makes us look foolish compared to the Communist leader in China. He was smart enough to ban bitcoin in China."