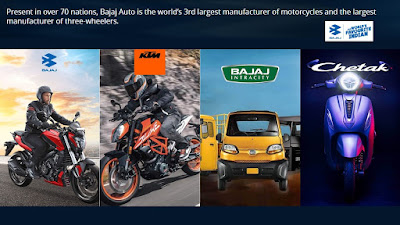 It may not have a direct footprint in Europe or North America but it hasn’t stopped Bajaj Auto from being named the world’s most valuable motorcycle manufacturer at a cool estimated $13.6bn (approx £10bn).

One of the largest conglomerates operating out of the world’s biggest motorcycle market of India, while Bajaj is beaten by Hero MotoCorp in terms of sales, when it comes to value it comes out on top both domestically and now internationally.

At $13.6bn Bajaj Auto generates both a lot of money and a lucrative shareholding having established itself as a major player in 70 different markets, predominantly in Asia where its lower displacement offerings sell in large numbers.

While we may not get Bajaj Auto over here in the UK directly, its influence is widespread as a result of its 47.97 per cent ownership of KTM AG which - between KTM, Husqvarna and now GASGAS - has seen a strong rise in global sales in recent years.