While we try to reduce our carbon footprint - thousands of aircraft fly EMPTY of passengers! 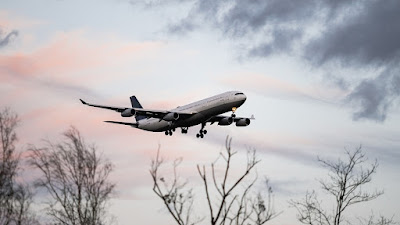 Brussels Airlines has operated 3,000 flights without passengers this winter to avoid losing take-off and landing slots.

The airline’s parent company, Lufthansa Group, confirmed that 18,000 flights had been flown empty, including 3,000 Brussels Airlines services, reports The Bulletin.

EU rules require that airlines operate a certain percentage of scheduled flights to keep their slots at major airports.

Under these “use it or lose it” regulations, prior to the pandemic carriers had to utilise at least 80 per cent of their scheduled take-off and landing slots.

This was revised to 50 per cent as coronavirus saw travel become increasingly difficult – but airlines are still struggling to hit this target.

FYI: How much fuel does an international plane use for a trip? A plane like a Boeing 747 uses approximately 1 gallon of fuel (about 4 liters) every second. Over the course of a 10-hour flight, it might burn 36,000 gallons (150,000 liters). According to Boeing's Web site, the 747 burns approximately 5 gallons of fuel per mile (12 liters per kilometer).