Non-Geographic Phone Numbers - careful it's the "Wild West" out there! 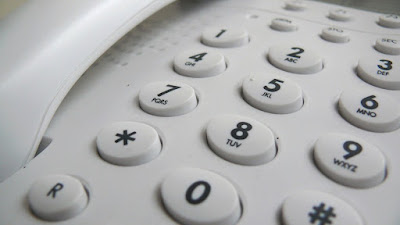 How does Ofcom regulate them at the moment? Ofcom decides how these numbers can be used. For most numbers, there is a limit on how much BT can charge for calls. Other providers are not restricted as to how much they can charge, but in many cases the landline providers set their call charges around BT's prices. From mobiles, charges are typically much higher.

In 2009, consumers paid around £1.9 billion for calls to these numbers. They accounted for around 12% of the total call traffic volume, and generated 10% of the total revenue.

The current system does not work for consumers. Consumers face problems when making calls to these numbers including:

Confusion about the price: People are confused about what these numbers mean and how much calls cost. As a result, they lack confidence and trust in these services. Consequently, consumers make fewer calls and sometimes go to great lengths to contact organisations in other ways, possibly at higher cost or inconvenience. The lack of scrutiny by consumers means that phone companies can set prices with less concern about the impact on consumers.

Impact on low-income households: The cost of calling these numbers is generally significantly more from mobiles. The impact of the higher cost on mobiles is particularly pronounced for people on lower incomes who are more likely to live in mobile-only households, and use their mobile to call essential services on these numbers; such as some benefit offices, councils, utility services and doctor surgeries.

Call charges are not clearly advertised: Under the current system, those providing services via a non-geographic number can not easily advertise the price of calls to their service (since the price varies between phone companies). This leaves consumers unsure, and prevents competition between providers from working as well as it might.