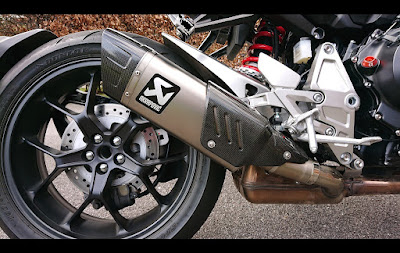 Department for Transport officials have reassured representatives of the NMC, including the BMF’s Anna Zee, that motorcyclists have nothing to fear from the recent anti-tampering consultation.

The original wording of the consultation – a maze of legal language – implied that any modification of a machine could be outlawed, and classed as ‘tampering,’ although the spirit of the wording was aimed at items which increase noise or emissions, such as aftermarket exhausts without a catalyser.

Anna Zee said: “We were invited to a meeting with DfT officials on 27th October to discuss this section of the consultation. They were quick to admit this could have been worded better; it is NOT intended to prevent customisation of bikes or the fitting of aftermarket products which do the same job, or better, as the original equipment. It IS intended to apply to anything which affects emissions, the computerised systems which are installed and such devices as the dongles advertised for increasing the speed on e.g. e-scooters.”

She added that any legislation is likely to be retrospective, so if a bike was fitted with a catalyst when new, but a replacement exhaust doesn’t have one, this would count as tampering. “The DfT has agreed to send us details of where they think there are gaps in existing legislation,” she said, “and that they will further consult with us in the process of drafting the future legislation, which is unlikely to come into effect until 2024.”

So, we can all rest easy for the time being – fitting a hugger, different seat or topbox, or building a custom bike – won’t count as tampering, so long as it remains true to the emissions limits which were in place when the bike was new.

Some areas of the proposed legislation still need to be clarified, such as possible exemptions for competition and off-road bikes, plus classic machines. The NMC argues that modifications to classic bikes can improve running without increasing performance.