What is E10 fuel and how will it affect you? 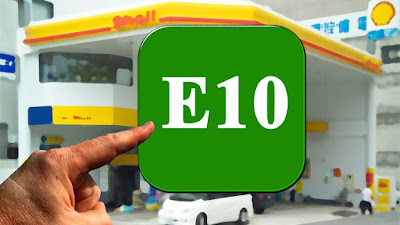 Plans for E10 fuel to become the standard grade at forecourts across the country are well underway. But what exactly is E10 fuel and what do you need to know about its launch in the UK?

Current petrol grades in the UK contain up to 5% bioethanol, known as E5. The proposed E10 fuel increases the share of the renewable energy produced using crops, to 10%.

It’s estimated that the greener fuel could reduce CO2 emissions by 750,000 tonnes per year, the equivalent of taking up to 350,000 cars off the road.

Estimates fail to mention, however, that there could be as many as 600,000 vehicles on our roads that aren’t compatible with the fuel.

The U.S. Energy Information Administration states: "In general, vehicle fuel economy may decrease by about 3% when using E10 relative to gasoline that does not contain fuel ethanol".

Here is a look at the pros and cons of using this new fuel as a genuine answer to increasing emission issues.

Here is another excellent article: Everything You Need To Know: E10 Petrol by Martynn Randall, Haynes Technical Editor.