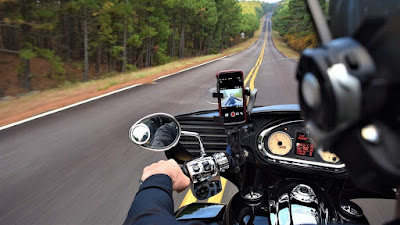 iPhone owners should beware picking up bad vibrations from powerful motorbikes, as they may damage camera systems, Apple has said.

The technology giant published a warning iPhones should not be attached to powerful bikes, in a support document spotted by MacRumors.

Owners of scooters and mopeds should also use "vibration-dampening mounts".

On social media, several users have said their phones have been damaged after being attached to a motorcycle.

And Apple says several models of iPhone are susceptible to the damage.

Lucky I use an Android phone then LOL! ;0)