Turkish autonomous drone attacked soldiers in Libya - all on its own 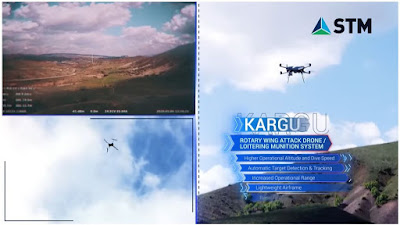 A new UN report explains that a drone attacked (and possibly killed) soldiers all on its own. It's thought to be the first recorded case of an autonomous drone attack.

The incident occurred in March 2020 in Libya, a country that was in the midst of a civil war. Turkey, a key combatant in the war, deployed the STM Kargu-2 drone, according to the UN Security Council's Panel of Experts on Libya report. The drone, which the report refers to as a "lethal autonomous weapon," then found and attacked Libya's Haftar Armed Forces.

The creator of the Kargu drone, STM, says the device "can be effectively used against static or moving targets through its indigenous and real-time image processing capabilities and machine learning algorithms embedded on the platform."

Smart people like Elon Musk have been warning about this sort of thing for ages. How long till we end up with "The future of technology"? Not good...